A Modern Infrastructure for the European Ground Control

Historically, in Europe, diverse systems have been used by various agencies and organisations for AIT (Assembly, Integration and Testing) and Flight operations for a variety of missions. Many of them are using old technologies, and agencies and organisations face difficulties in modernising them. The solution to this is the EGS-CC framework, which is a European initiative to reduce risk and recurring costs and ensure synergy across missions and different space project phases. 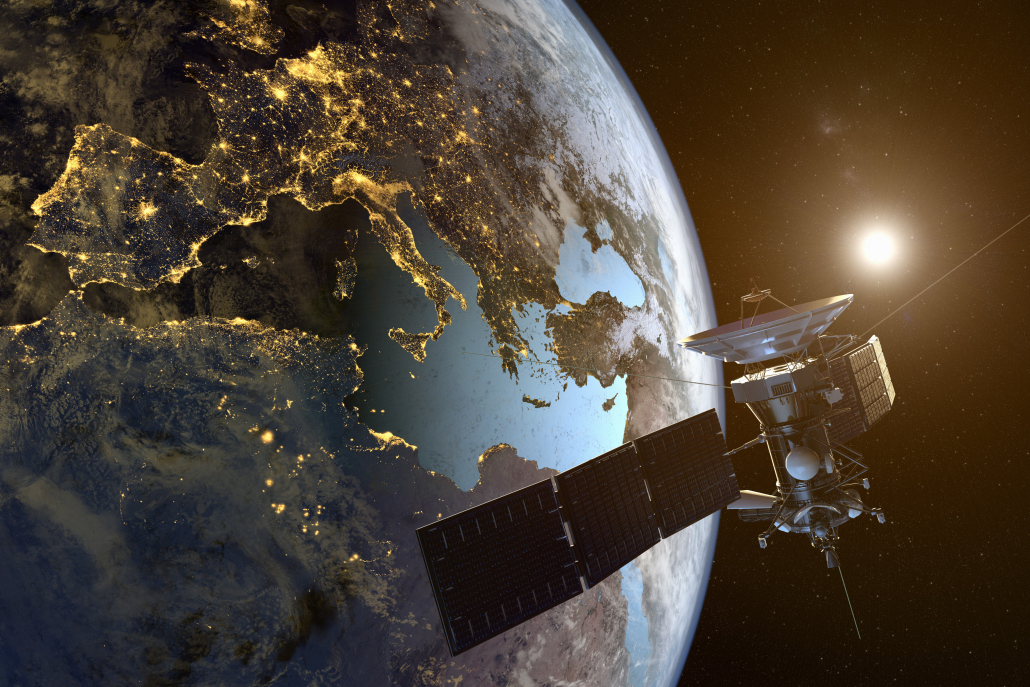 The European Space Agency (ESA) and Cosylab conducted a webinar on the 10th of March 2021 at the Paris Space Week 2021 event on European Ground Control’s future. As it was well-received, I decided to summarise the most interesting parts in a blog. But as they say, a moving picture is worth thousands of words, so readers can also watch the original webinar video, which is embedded below.

In the webinar moderated by Cosylab’s Tadej Pukl, we discussed the current status of the European Ground Segment software framework, its impact on the ground segment systems and Mission Control Systems – and the future outlook for EGS-CC. The webinar panellists were Jean Schuetz and Jakob Livschitz from ESA and Diego Casadei and Miha Vitorovic (myself) from Cosylab.

The Diversity of Ground Segment Systems in Europe

Even looking only at Europe, various Ground Segment systems are being used by different agencies and organisations. These systems have incompatible data, procedure and display definitions. So, there usually is some overlap for missions that are performed in collaboration between ESA and other organisations. Fortunately, the ground segment’s development and progress can run faster than the Space Segment. For example, in the latter, satellites tend to have very long lifetimes, in the order of decades, generally speaking. Due to technological improvements, the HW can become obsolete during the mission lifetime.

The Modern Framework and Smaller Companies

Agencies can develop modern frameworks faster with the cooperation of the private sector. But the bar for small companies wishing to enter the Space domain is set pretty high. Mastering the domain is quite challenging, but besides that, companies are either left to develop their own testing system or need to learn a new framework for each of the primes with which they work. These factors increase the recurring costs for companies and the project’s risks – either of it being late, or over budget, or both. Having just one platform to learn would be a huge benefit for smaller companies.

Cosylab is actively working on such a standardised framework for ESA. It’s called the European Ground Systems – Common Core (EGS-CC), and it aims to address all the challenges mentioned above.

The idea for the EGS-CC originated from the national European space agencies’ and space industry’s request to overcome the obsolescence of existing systems, enhance efficiency and improve data exchange between various stakeholders and different mission phases, thereby lowering costs. The data sharing can also increase the cooperation between missions and reduce the overlap of work.

EGS-CC is to be a universal system that can be used throughout different phases of the mission. It specifies standardised exchange interfaces and a modular structure. If one would want to replace certain functionality, one could easily do this just by customising a particular module and keeping the rest of the system intact.

In a nutshell, the EGS-CC has the following features:

Modernising Mission Control Systems to be compatible with EGS-CC

The EGS-CC is a new system that has been developed with modern technologies, specifically to take advantage of the Software (SW) development. With the EGS-CC, the base concept itself and the MCS modelling is changing: it employs a hierarchical model with object-oriented concepts. ESA’s older system, the SCOS-2000, for example, relies on a relational data model with a set of tables. The new system also comes with a novel set of user interfaces in the front-end that are domain agnostic. It is a control system that engineers can adopt for any type of complex system – even an industrial process.

A well-designed and tested framework that implements most core functionalities makes the life of SW developers way easier. They can focus on the new or customised parts, avoiding to disperse efforts in solving problems, which have been addressed by others so many times.

Community participation in the EGS-CC development

ESA shall distribute the EGS-CC under a European Community license. That means that any party within the European community will access the system for free and utilise it for its purpose. At the higher level, the EGS-CC consists of the core part and the layer of reference implementations that organisations can further customise to fit their needs. The core also includes the definition of all the interfaces and the data model.

ESA will always keep the models and the interfaces common so that the exchangeability of data and collaboration is guaranteed. Part of the community will maintain the EGS CC Core while another part will grow around the customisations of the EGS CC system. The latter will allow specific implemented functions to be shared across space organisations in Europe.

Interested parties in the community that would like to contribute to the development of the EGS-CC can contact either their national EU delegation support or turn with their inquiries to the point of contact – the Technical Officer of the EGS-CC (Robert.Blommestijn@esa.int). ESA will also issue tenders dedicated to EGS-CC.

What’s next for the EGS-CC

The EGS-CC project is now in the consolidation phase worked on by a small consortium, of which Cosylab is also a member. The consolidation phase’s goal is to bring the EGS-CC to the minimum viable product stage, which will be soon made available to the first users and, later, the community. ESA plans regular maintenance improvements to include new technologies and developments into the EGS-CC while considering user needs.

ESA already has a migration tool and is planning several validation steps for EGS-CC. One of the steps is ESA customising its version of the EGS-CC for deployment to existing missions. The latter gives a great opportunity to compare the new MCS’s results and behaviour to the old one.

The journey towards using a European common and modular infrastructure to support space systems monitoring and control for all mission phases is approaching its goal. The future of European Ground Control is near, and it is excitingly bright! 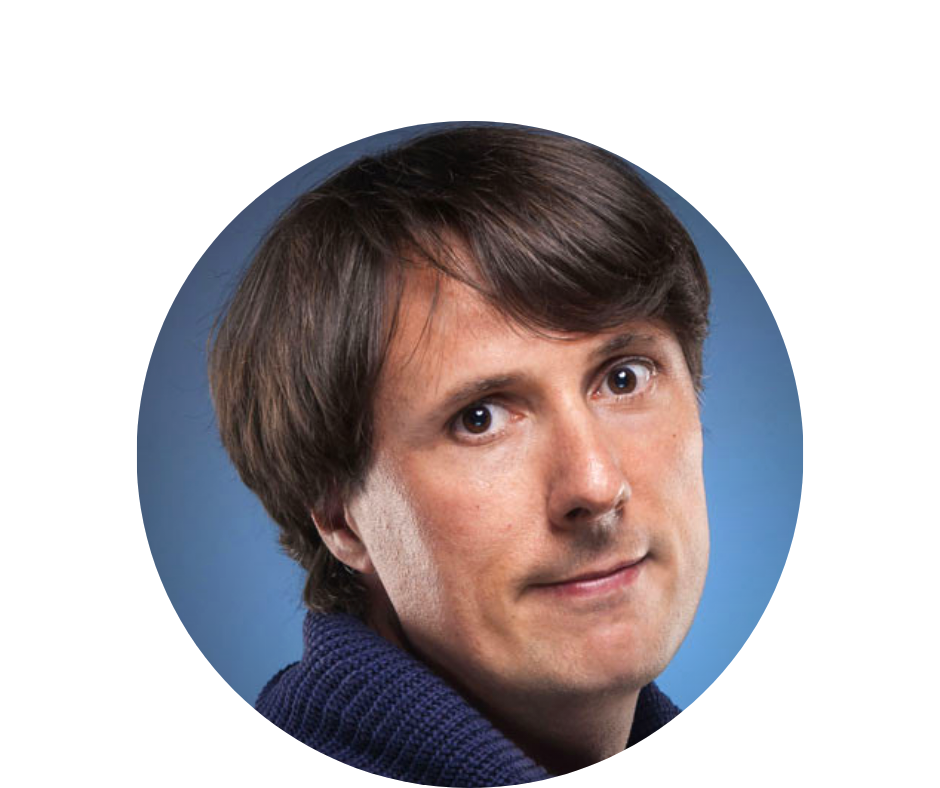 Miha Vitorovic is the Head of the Space segment at Cosylab, where he primarily works with the European Space Agency to develop software for Europe’s and humankind’s future in Space. He has over thirty years of experience in various fields of software development. He is familiar with the full software production life-cycle: requirement definition, architecture, design, development, testing, documentation, risk management, QA, and support. He was also a project manager on many projects of different complexity. In his free time, Miha enjoys cycling, walks, and spending time with his family.