A LINAC Control System for BNCT in an Agile Fashion

The design and development of medical-systems software, especially for cancer therapy, is one of the most challenging. It demands particular expertise but must still deliver a solution in time and within budget. 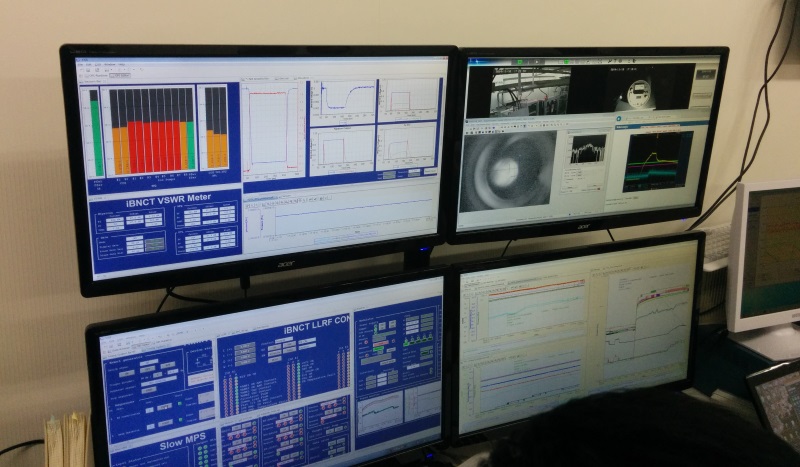 As my colleague, Rok Sabjan, already mentioned in a previous blog, our company has been an external contributor to integrating control systems and devices throughout the vertical stack for large scientific installations and sites worldwide for almost twenty years. Rok also mentioned a comprehensive methodology, the BBCS, that we often use as the most effective control-system projects. Nevertheless, particular occasions and customer circumstances dictate a faster and less “all-embracing” approach to a control systems project.

An excellent example of the latter is how Cosylab Japan adapted, in an agile fashion and under time pressure, the hardware platform of the Japanese J-PARC and KEK accelerators. We made the platform to suit the unique needs of a compact heavy-duty proton linac at Ibaraki, which is to sustainably produce epithermal neutrons for a revolutionary Boron Neutron Capture Therapy (BNCT) machine.

Faster than even we expected, the result was a control system based on the Yokogawa FA-M3 PLC platform with a real-time module running Linux with EPICS. We created the user screens in Control System Studio and supported them with Python scripts.

About Boron Neutron Capture and iBNCT

Boron has a large neutron cross-section, which means that it can absorb a lot of the energy from impacting neutrons. BNCT is a compelling emergent solution for radiation therapy of cancer due to recent technological breakthroughs in accelerator-based neutron sources. One project using such a source is the Ibaraki BNCT (iBNCT) project, headed by the University of Tsukuba, slated to be a demonstrator of BNCT and a test-bed for its clinical studies.

The iBNCT machine is based at the Ibaraki Neutron Medical Research Center, which is 120 km northeast of Tokyo in the small village of Tōkai-Mura on the coast of the Pacific Ocean. The device uses a linac to slam protons into a beryllium target to create epithermal neutrons with energy levels less than 0.1 eV. When the latter react with boron-10 (10B), they produce α and lithium (7Li) particles with a short lethal range of only 4 to 9 µm in living tissue – the dimension of a cancerous cell. Doctors deliver boron-10 to patients with drugs that target tumours, enabling treatment of only the malignant cells.

BNCT targets the curing of invasive cancer, multiple cancer, recurrent cancer, radiation-resistant cancer and cancer not indicated for surgery or X-ray radiation therapy. It causes as little stress as possible to patients and provides them with a higher quality of life. A laboratory usually finishes a BNCT treatment in only one 30-minute irradiation session, without incision, while determining medication accurately ahead of the session. Treatment is pinpointed at the cell level. Alpha and lithium particles release three times higher irradiation energy than X-ray therapy with much more selective destruction of cancer DNA helixes.

Figure 2: Production of 7Li and α particles after the thermal neutrons were captured by 10B, and their interactions with cancerous cells

BNCT is a promising alternative treatment of refractory cancer that combines the boron-containing drug with neutron irradiation to destroy cancer cells. Historically, the best sources of thermal neutrons for BNCT experiments were nuclear reactors, but incorporating them into BNCT medical facilities is neither economical nor acceptable regarding public sensitivities. Because of this, accelerator-based neutron generation is much more viable. Accelerators are also much more compact, easier to operate and less regulated than nuclear reactors.

Nevertheless, building a high-duty proton accelerator in a limited space is not a trivial task; it is hard to foresee all the technical challenges at the project’s design stage. The machine must also be geared up for medical usage and commercially appealing, which creates additional development demands. iBNCT had some unique design specifications: it uses an 8-MeV linac that accelerates 1-ms long pulses of protons with a 200-Hz repetition rate and a 50-mA peak current into a beryllium-target for the production of epithermal neutrons. The accelerator’s entire area is less than 200 m2 of space, and its duty-cycle goal is 20%!

The customer tasked Cosylab with designing and implementing the complete control system for the accelerator. As the project was time-sensitive and quite fluid and the specifications were yet to be finalised, Cosylab decided to locally field a development team at iBNCT to minimise communication and development issues as much as possible. For three years, a group of 2 to 4 engineers was stationed on-site at iBNCT, being supported by Cosylab headquarters at peak loads.

We chose one of the open-source “standards” for machines in the large-physics community – EPICS – for the control system framework. The latter, and most of the IOCs, run on Yokogawa PLCs with F3RP61 PowerPC modules. We also decided to use Ladder logic for the sequence CPU part of the PLC and develop the MRF-based timing system software by using Nominal Device Support (NDS). Last but not least, we planned all of the operator screens to be created with Control System Studio (CSS), albeit significantly enhanced with custom Python scripts.

Our team also helped to prioritise software-related work packages, identifying specifications, and prepared requirements for control system-related tasks, working with the scientists and experts from other domains on the commissioning of the accelerating cavities. 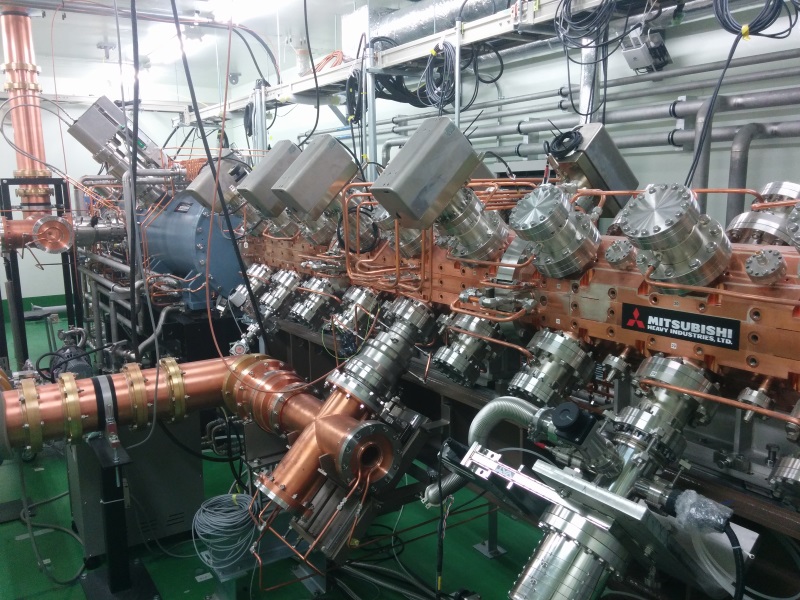 The decision to put a team of engineers on-site and in the field turned out to be correct, mainly because the customer had not yet gathered all the specifications before starting our project. Takashi Obina from the High Energy Accelerator Research Organization, KEK, Japan summed it up: “Excellent work done by the company. No major trouble in the basic control system.”

By choosing EPICS as the foundation of the control system, we guaranteed the hardware performance our customer expected while future-proofing the system with guaranteed ongoing software support from the community. 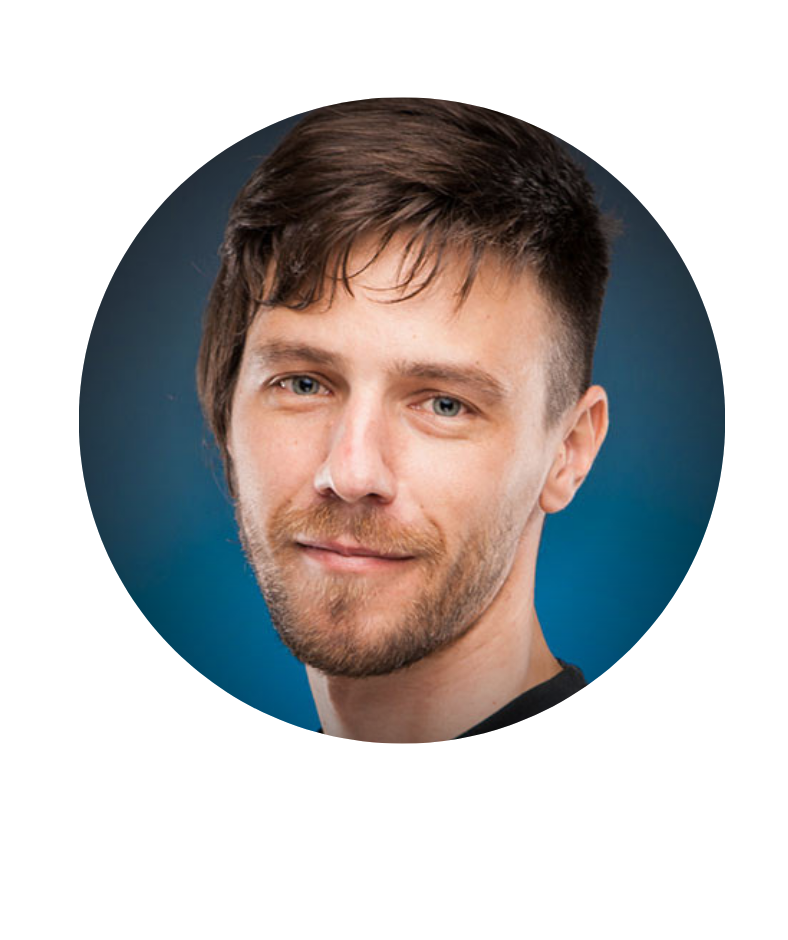 Tilen Zagar is currently a Technical Lead in the Scientific Department at Cosylab. In the past five years and a half, he has also served as Team Lead Manager and Project Manager in the domain of particle-accelerator control-system projects. In his free time, Tilen reads Science Fiction, cycles cross-country across Alpine foothills and ponders whether it is more fun to design and develop games or play them.