IPAC 2021: Light sources and the rest

Two years ago, it was a completely different experience with Big Physics events! People who were attending such events from Cosylab were often in the air, high above the oceans separating the world’s continents. A good example is the 2019 IPAC event hosted in Melbourne, which Cosylab visited in person. Of course, due to fighting the COVID-19 pandemic, IPAC 2021 was a wholly virtual event. The latter was organised from the 24th to the 28th of May 2021 by the Brazilian Center for Research in Energy and Materials (CNPEM), located in Campinas. And in the opinion of my colleagues and my own, the conference was most likely the best possible within the constraints of its virtual format. 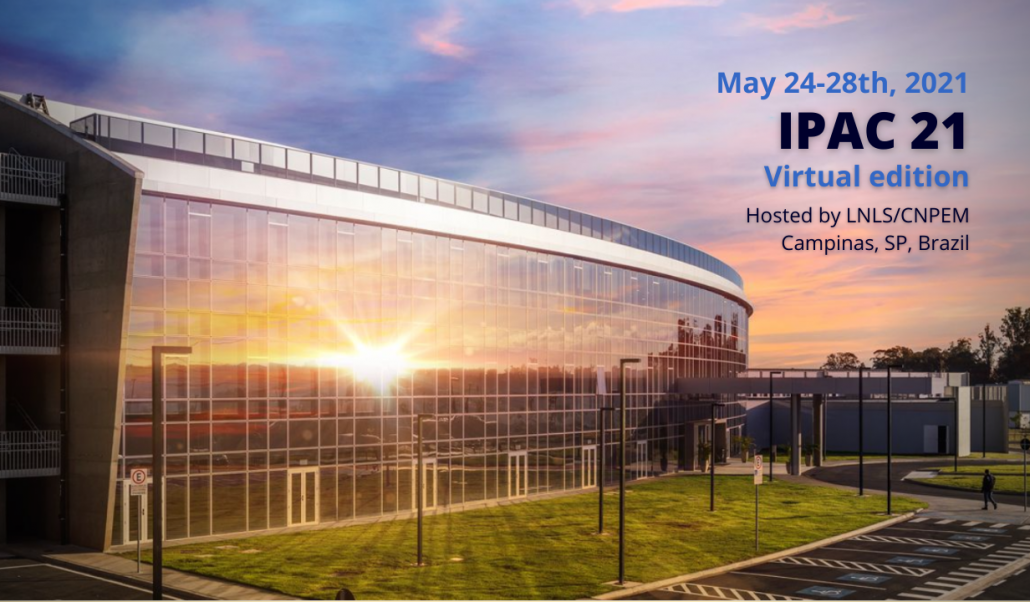 The May event was my first IPAC and one of my first scientific domain conferences. Nevertheless, I was duly impressed by the Whova virtual event platform that sustained the Brazilian conference and reminded me of a social-media application. A nice touch was the organisers’ effort to encourage people to connect by collecting virtual passport stamps. Participants could use a wealth of Whova’s built-in features: chats, video meets, calls, poster and session listings, session attendances and booth activity. It was easy to reach out to people just by sending them a message on their contact cards.

The conference’s page was informative, with no ballast, and the Book of Abstracts (BoA) was available on time. The good thing was that we could preview posters and have live talks at the presentation itself. The poster sessions turned out to be the most convenient way to break the ice with people you did not know from before, but the right timing was when the presenter arrived. Alternatively, there were enough means to “catch up” later.

Undoubtedly, the unofficial central theme of the IPAC 2021 conference was the 4th Generation (“4G”) Light Sources that employ free-electron lasers (FELs) to generate X-rays by electrons flying through a periodic magnetic field. These 4G facilities will expand the boundaries for X-ray science in imaging condensed and living matter, ranging from the meter to the nanometer scale and enable new solutions for today’s challenges in the environment, health, energy and innovative industry.

An excellent example of an essential new 4G light source is the European Synchrotron Radiation Facility (ESRF) in Grenoble, the world’s first fourth-generation high-energy synchrotron and currently the brightest X-ray source. The latter opened “for business” wholly rebuilt as the ESRF-EBS (Extremely Brilliant Source) in August 2020, while its actual commissioning was completed months before the planned date.

SOLARIS’s novel hard X-ray facility, provided by JINR (Joint Institute for Nuclear Research), is nearing its new-building construction phase. The new French SOLEIL project is expected to commence in 2023, pending approval of its national synchrotron budget. At HZDR, they are also planning to build a new ELBE (Electron Linac for beams with high Brilliance and low Emittance) that will forward the research on quanta, antiparticles, neutrons, and more.

Scientific planners are also pushing forward upgraded sources of intense secondary beams of short-lived rare isotopes such as FRIB at Michigan State University (MSU) and the EU-funded Facility for Antiproton and Ion Research (FAIR) at Darmstadt.

Project teams at colliders are not standing still, either, devising upgrades for, example, LHC, ILC, NICA, FCC, CEPC. A case in point are the plans of the JINR organisation to transfer the nuclotron beam from HILAC (Heavy-Ion Linear Accelerator) to the collider in the NICA Accelerator Complex in Dubna by the spring of 2022.

At the same time, SNS, FNAL, KEK (JPARC) and C-ADS are designing new high-power proton and neutron sources. Of course, there are many “smaller” projects in varied segments and domains of Big Physics that raised the imagination at IPAC 2021, among them the deployment of new control or experiment methods, detectors, injectors and ion sources.

I found the virtuality of IPAC 2021 to provide me with more comfort than having to run around in person. It is much easier for strangers to connect personally; people can meet while passing by each other and conduct short and impromptu talks – and nobody is trying to work remotely on something else at a live event! Obviously, the lower expenses of an online event can be seen as a boon for the attending organisation’s bottom line. Nevertheless, we can once again conclude that nothing beats the exciting hurly-burly of a live conference.

It is perhaps of interest – but to no one’s surprise – that no single vote or comment at IPAC 2021 favoured remote conferences. Everybody seemed to be firmly in favour of in-person events returning as soon as possible. And IPAC confirmed its reputation as the place to be for Big Physics projects news! 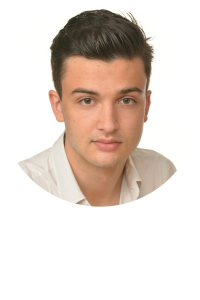 Andraz Kosuta joined Cosylab in 2020, a year marked by the pandemic. Originally part of a more technical team, he worked on device integration into a complete control system with the help of EPICS. Andraz joined the sales team after six months, and his technical background was always helpful for understanding specific project challenges. Outside work, Andraz enjoys staying active by kicking a football and riding his mountain bike. His love for different food is a significant reason for travelling. He has also been known to sit down and have a few drinks with his friends.