All the Ways to Cure Breast Cancer

According to the World Health Organization (WHO), breast cancer became the most common cancer globally as of 2021, accounting for 12% of all new annual cancer cases worldwide. Breast cancer occurs in every country of the world in women at any age after puberty, with its rates increasing later in life. On the other hand, today’s breast cancer treatments can be highly effective, achieving survival probabilities of 90% or higher, particularly when the disease is identified early. 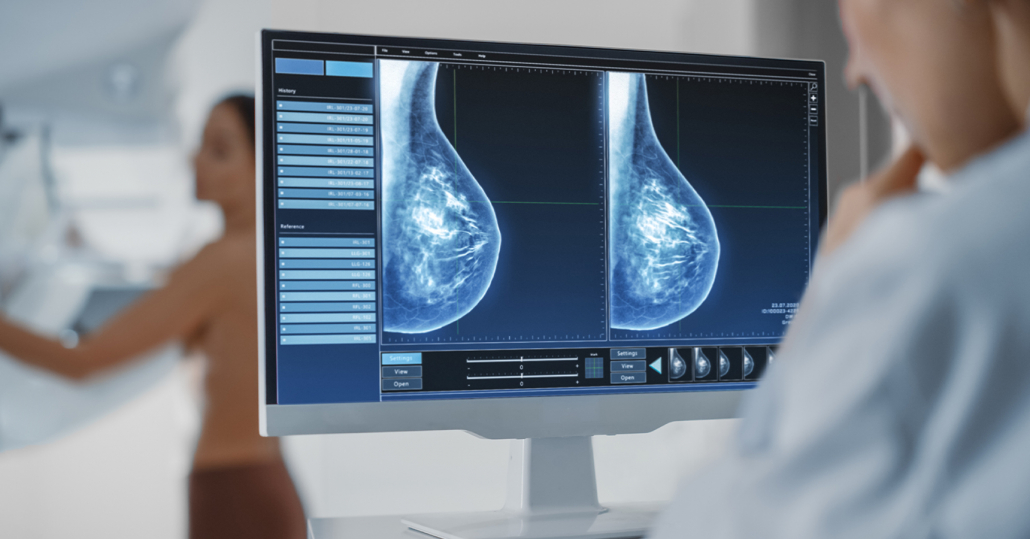 Breast cancer has been medically studied intensely throughout history. Research on breast cancer has helped pave the way for many breakthroughs in other types of cancer research as well. The modern approach to cancer treatment and research has its roots in the 19th century, and during the past 250 years, we have witnessed many landmark discoveries on how to cure cancer.

But the first medical texts on cancer date back 3000 years.

How was breast cancer fought during history?

Ancient Egyptian and Greek physicians mainly treated cancer with radical surgery and cautery. Over the centuries, medical researchers succeeded in identifying and characterising the biological and pathological features of tumours.

However, it wasn’t until the end of the 1800s, when doctors discovered they could use X-rays and the radioactive elements of Radium and Polonium to treat tumours. With the latter, medical oncology entered its first period of modern therapy techniques.

After the Second World War, another breakthrough came about, with the discovery of cytotoxic anti-tumour drugs and the birth of chemotherapy. From then on, studies concerning new medicines for cancer treatment have grown exponentially.

Another significant milestone in oncology and pharmacology occurred at the beginning of the 1980s when new molecular and cellular biology studies allowed the development of specific drugs for specific molecular targets involved in neoplastic processes, giving rise to targeted therapy. Both chemotherapy and target therapy have significantly improved the recovery probability and quality of life of cancer patients.

In the last 20 years, thanks to genetic engineering studies, we have seen further headway in cancer treatment. Researchers have, for example, introduced monoclonal antibodies and immune checkpoint inhibitors to treat advanced or metastatic tumours, for which no effective treatment was available before.

Today, breast cancer is one of the rare forms of cancer that hospital staff can detect effectively with a relatively simple and inexpensive screening test – mammography – in its early stages. In the last two decades, many clinical modalities of breast cancer treatment have visibly progressed; nevertheless, it is, surprising how the “low-tech” but organisationally intense Early Detection programs have proven themselves the most.

Currently, the cornerstone of breast cancer treatment is still radiation, chemotherapy, surgery, hormone therapy, and targeted therapy. But the most significant step forward in the personalisation of treatment takes into account the genetic and general medical, emotional, social and environmental specifics of the patients and consists of combining novel combinations of existing treatments.

“While the future is unpredictable, it is optimistic; impressive progress has been made in many areas of cancer research and treatment, and it is accelerating.”

What is the future in curing breast cancer?

Experts project cancer to become the most common cause of death globally in the next two years. Further on, by 2030, the number of cancer patients and cancer deaths could potentially even double.

However, even though overshadowed by the COVID-19 pandemic, many significant advances in cancer research and treatment have been made in the past few years. There are many reasons to be optimistic about the future, and scientists believe we are, in fact, on the cusp of a brighter era in cancer care and research.

Let us mention just a few of the promising breakthroughs transforming the way we think about breast cancer and delivering new treatment tactics.

Artificial intelligence (AI), capable of evaluating breast cancer mammograms, was developed in 2020. Compared to experienced radiologists, artificial intelligence surpassed all traditional methods of detection. Studies made it easier than ever to visualise a future where AI comes as part of the toolkit available to every clinician in the field.

The results also nicely demonstrate that the role of artificial intelligence is to support, rather than replace, the human experts, enabling them to focus on more complex diagnostic issues rather than the mundane. It can lead to faster diagnosis and speeds up how quickly patients can receive their treatment for cancer, which is often crucial to saving their lives.

Another exciting advancement is the new tools available for mapping gene expression throughout a cancer biopsy. Spatial gene expression mapping is beginning to reveal new hypotheses about how cancer cells influence neighbouring cells such as immune cells or how they might alter nearby cells to obtain nutrients.

This is important because understanding how cells interact in cancer may point to new weaknesses that can be exploited for treatment, provoking the design of new therapeutics. These technologies are relatively new, but they are beginning to influence the field significantly.

For example, understanding how immune cells are affected by cancer cells may provide new immunotherapy targets for cancer treatment. Someday, oncologists may even use personalised therapies for patients on a large scale, ultimately helping us save more lives.

Technology continues to play a prominent role in radiation therapy with novel and groundbreaking synergies between radiation and systemic agents, including immunotherapeutics. Many research leads have been recently emerging that are ripe for exploration and clinical trials. The field is also expanding with innovations in radiopharmaceuticals and theranostics, offering radiation oncologists exciting new ways to help patients. Radiation therapy is and will remain fundamental in healing cancer and saving lives.

While the future is unpredictable, it is optimistic; impressive progress has been made in numerous cancer research and treatment areas, and it is accelerating. Cosylab is proud to be part of the community contributing to the advancements in cancer research and proud to play a role in advancing cancer care for all patients.

Why is improving cancer solutions so close to the heart for Cosylab?

What motivates us to create software to advance radiation therapy and work towards developing solutions accessible to all? Among other things, many in Cosylab share stories of family experiences with breast cancer, and it means a great deal to them they can work for a company that contributes to the fight.

One Cosylaber who knows of the bitterness of breast cancer is Nenad Gregec, our Head of the People Department.

His grandmother lost the fight against breast cancer when he was a kid. Then, at 26, his wife was diagnosed with breast cancer and survived. Nenad underlines,

“Being blessed with my wife’s presence every day, I feel honoured and privileged to be able to contribute to the fight against cancer.”

We have come a long way in treating cancer, but there are miles and miles to go ahead of us. One of Cosylab’s primary goals is to win to the fight against cancer by continuously developing new, better and more affordable solutions for radiation therapy that will save and improve the quality of lives worldwide. 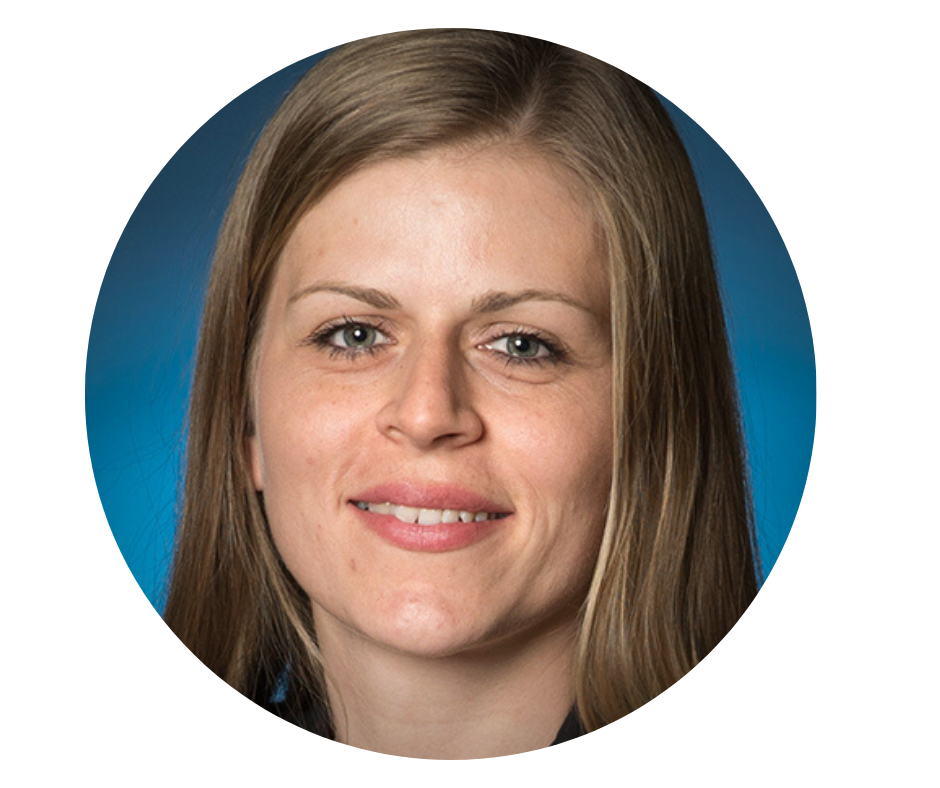 Vanja Anderle is a Marketing Manager in Cosylab. Her past experiences include working in the advertising world, a scientific institute, creating music and managing press relations. With three young daughters, she has very little free time, but when she finds it, she loves to go to a concert, read a book, enjoy a good movie or simply catch up on sleep.