Fusion and the Industry: Today and Tomorrow

One of the longest-standing jokes in experimental physics has been that affordable fusion energy is just around the corner – with the punchline that the corner lies twenty-five years in the future. States and international consortiums of countries have been investing large sums of money in prominent scientific fusion projects for years. Among these are the British Joint European Torus (JET), South Korea’s KSTAR reactor, the international ITER fusion project, Germany’s Wendelstein 7-X (W7-X) stellarator, and China’s Experimental Advanced Superconducting Tokamak (EAST). 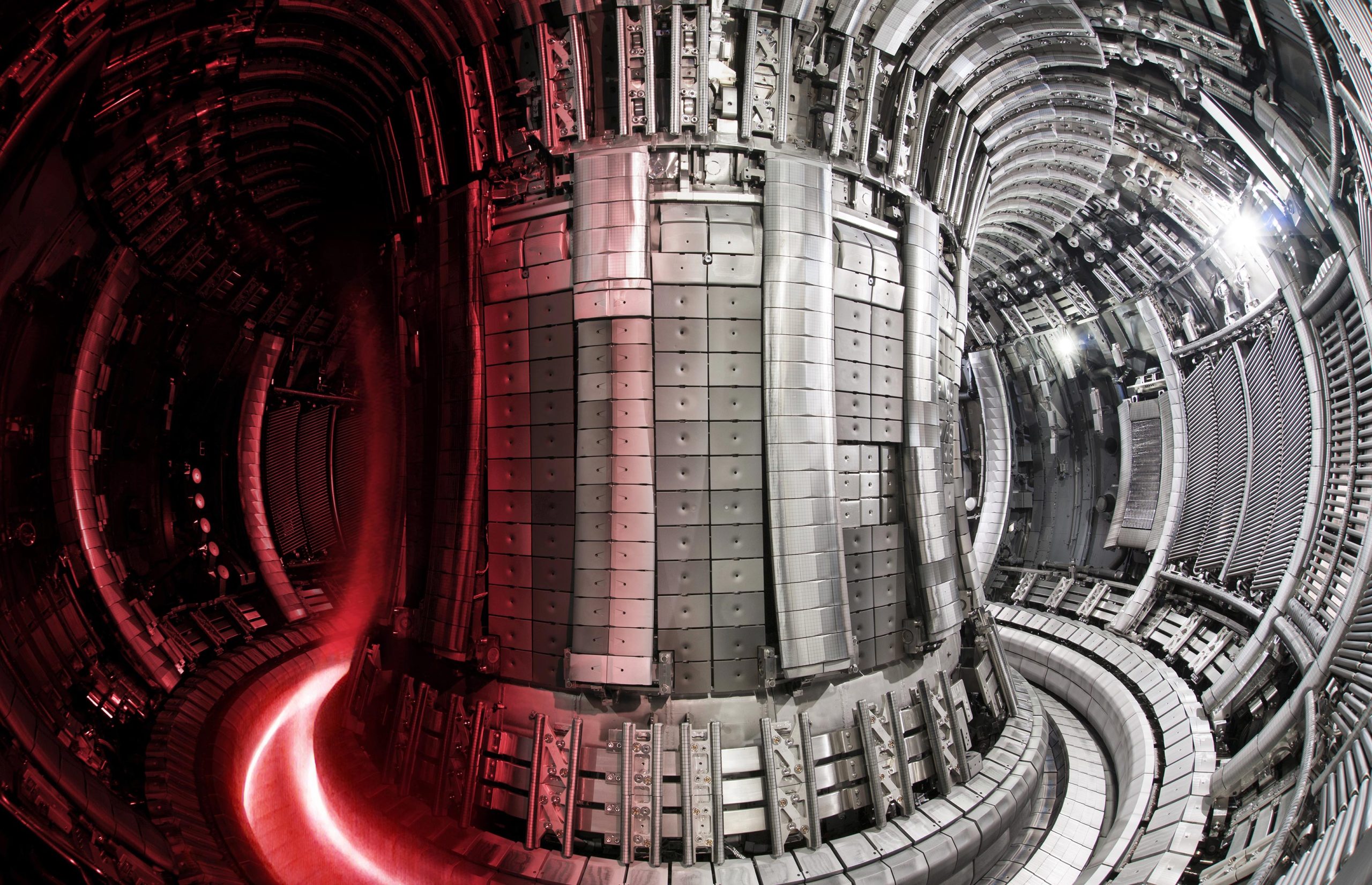 But governments are increasingly hedging their bets by opening doors for private fusion companies, sharing know-how and technology from public laboratories, and providing investment and regulatory help with fusion safety and development.

New fusion players appear on the market every year, pushing the envelope of reactor concepts and solutions while the longer-operating companies prepare fusion demonstrators.

Fusion is a straightforward nuclear reaction, widespread in the cosmos, providing energy for all the stars. Inside a star, immense pressure and temperatures create a superheated and ionised gas called plasma. In the latter, pairs of light nuclei are continuously forced to merge into a larger nucleus, releasing energy in the process.

We cannot gravitationally reproduce the intense pressure inside stars on Earth, so we have to compensate by producing plasma at temperatures at least ten times higher than in the Sun’s core. As no material can endure 100 million °C or higher temperatures, the reactor must efficiently contain plasma in its chamber.

Engineers measure the performance of a fusion reactor by fusion gain (Qfus), which is the ratio of power delivered by the fusion reaction to the power absorbed by its plasma.

Qfus is the product of plasma density, plasma temperature and confinement time (time of persistent fusion reaction in plasma). For fusion power generation to be economically practicable, reactors should be capable of sustaining a Qfus of at least between 5 and 10.

To achieve net-energy production with fusion, we need a minimum temperature of 200 million °C and the confinement time multiplied by the fuel density has to be larger than about 10^21 nuclei per cubic meter times seconds.

The Various Approaches to Fusion

The technical approaches of companies to their fusion-machine development can be classified as:

(Data is from the study mentioned below.)

The Fusion Industry Association includes the majority of private fusion companies as its members. The Fusion Industry Association found in its 2021 survey of commercial fusion-reactor manufacturers that more than half were founded in the last five years and that private funding for commercial fusion activities had already reached 1.8 billion USD. Most of the companies, thirteen of them, were incorporated in the US, while Britain had five fusion enterprises.

The best-known type of magnetic confinement fusion device is the tokamak – which is generally the most experimentally tested and fielded fusion concept. A tokamak generates a current in the torus-confined plasma with a solenoid magnet at the centre of the ring, sustaining a helical magnetic field.

The next most frequent magnetic confinement fusion type of reactor, the stellarator, possesses a twisted containing magnetic field in a toroid, generated solely by external coils which are not symmetric along the longitudinal axis of the plasma field.

Stellarators need less power to sustain the steady plasma; they maintain its steady-state better and have fewer magnetic disruptions than tokamaks. On the other hand, their magnetic “twisted-doughnuts fields” achieve lower plasma density, and their complex-shaped magnetic coils are devilishly challenging to manufacture with the required millimetre precision.

Another type of reactor is an inertial confinement fusion machine that works similarly to a “serially exploding” hydrogen bomb. The reactor compresses and heats small fuel pellets – containing, for instance, deuterium-tritium (D-T) – so rapidly that the fuel’s inertia keeps it in place long enough for its elements to achieve fusion.

A laser-based inertial confinement fusion reactor concentrates the beams from a series of high-power lasers on consecutively injected fuel pellets in a repeatable manner, so it is called a pulsed system, in contrast with magnetic confinement fusion machines that are steady-state reactors.

Most inertial confinement fusion solutions use either a direct drive or an indirect drive for fuel heating. With indirect drive, the spherical D-T pellet is inserted into a metal cylinder of lead or gold called a hohlraum and heated indirectly. 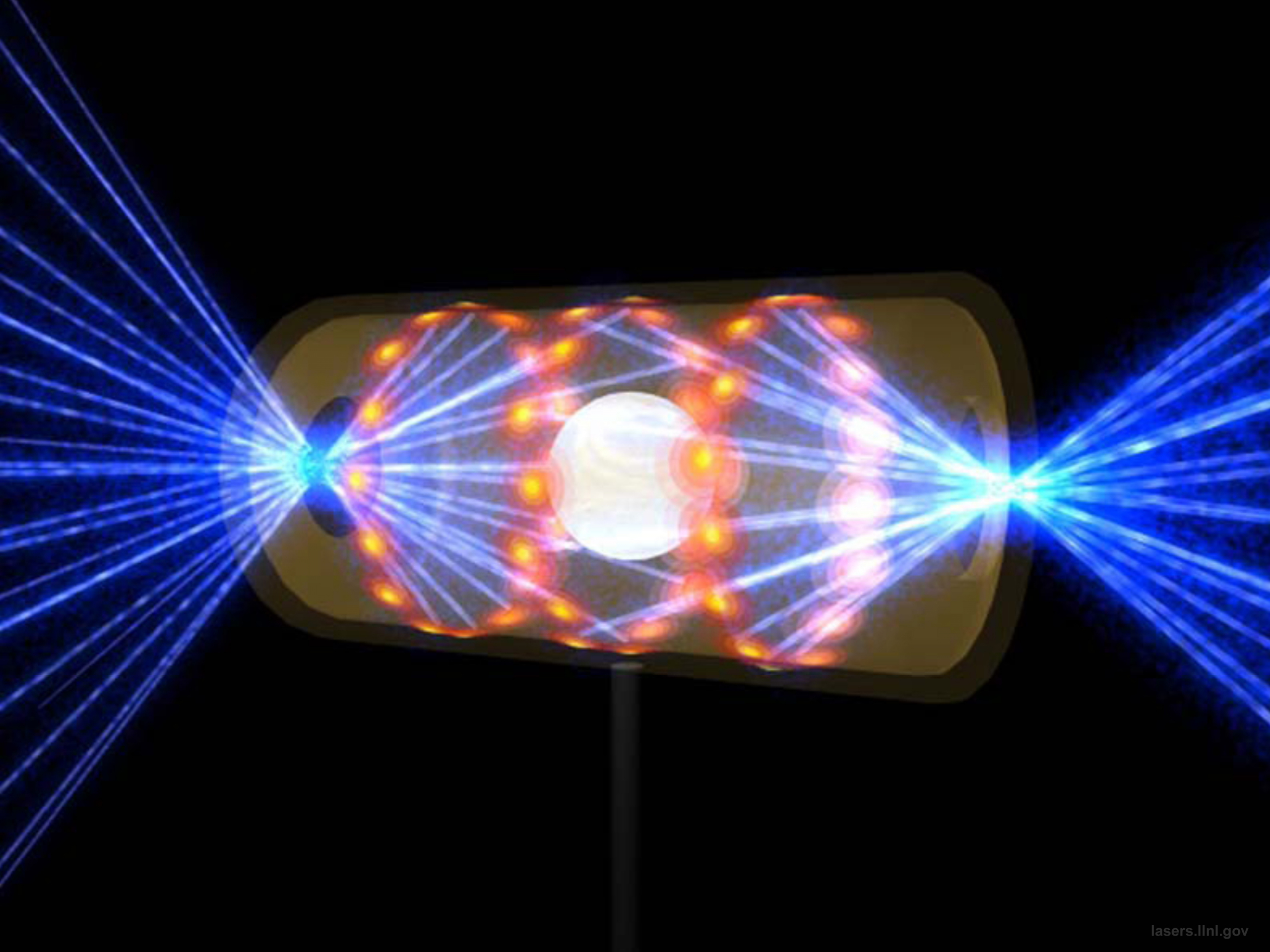 In a direct-drive inertial confinement fusion reactor, the symmetrically located laser beams focus their beams directly on the surface of a spherical fuel pellet. Note that all the beams must be synchronised very accurately, and the fuel target must be as close to a perfectly smooth globe as possible. If engineers can achieve this, a direct drive with uniform implosions can deliver higher laser-energy conversion efficiency than an indirect drive.

Magneto-inertial confinement is, by definition, pulsed and has three essential components – the driver, liner and target. Manufacturers today use several sub-concepts, defined by a specific combination of the three factors, as shown below.

With magneto-inertial confinement, the target injected into the centre of the reactor chamber can be a spherical fuel pellet or a plasmoid, a coherent structure of plasma and magnetic fields. The reactor uses a driver to rapidly push the specific liner to compress and heat the target, thus achieving the necessary temperature and density for fusion.

Other novel approaches to fusion modalities include cold fusion, muon-catalysed fusion, non-thermal laser fusion, and hybrid electrostatic confinement (HESC) solutions, but they are currently in the minority.

For example, HESC is based on inertial or inertial-magnetic confinement of plasma created from deuterium by applying extremely high voltages across concentric metal meshes and creating high density in the meshes’ centre to trigger fusion.

Why do so many industry pundits glimpse the light at the end of the fusion tunnel?

Above all, the research and entrepreneurship constellations have aligned, with private investing powering the practical application of many fusion concepts studied before in academia.

“Quantum-enhanced” solutions that increase fusion rates with quantum effects are on the drawing table. At the same time, advanced fuels, such as pB11 and DHe3, are now within reach of commercial fusion initiatives.

Last but not least, the “quiet over-achiever” component of a fusion reactor – the control and instrumentation software, is becoming increasingly important in the industrialisation of fusion energy.

In the private sector, the speed and ease of iterative development and testing are of the utmost importance. Reactor control systems are complex and can create significant project problems and delays if not designed and developed skillfully. Tried-and-true development management enables shorter advancement cycles and faster system tuning for optimal plasma control, reducing the “time to market”.

The Future of Fusion is Industrial

The bottom line is the same for a governmental facility with an improved generality of a tokamak as it is for an industrial startup that has taken a new concept into a daring dimension. For both of them, the heat – literally and figuratively – is on to perfect a net-positive fusion reactor in a decade.

The challenges of reversing profound climate change and dealing with geopolitical transformations underline the dire need for environment-friendly, fuel-unlimited and affordable energy generation as never before. Investors worldwide are now convinced that a commercially viable fusion reactor will be up and running in the early 2040s.

The finishing line for industrial fusion energy is finally in sight.

What are the technological challenges for the participating companies? The physics is clear, and the implementation concepts, too. But it will be the quality of cooperation with hardware and software partners who possess essential domain knowledge that may break or make a winner.

In January 2022, the EAST tokamak in China succeeded in sustaining plasma at 70 million degrees °C for 1,056 seconds, thus reaching a temperature fivefold of the Sun’s (read the news).

In the UK, records are also being broken. In February 2022, the JET laboratory announced its scientists had succeeded in doubling the previous achievement of the fusion reactor’s output – to 11 megawatts of power (read the news).

The milestone brings us closer to realising the potential of fusion as a viable commercial energy source.