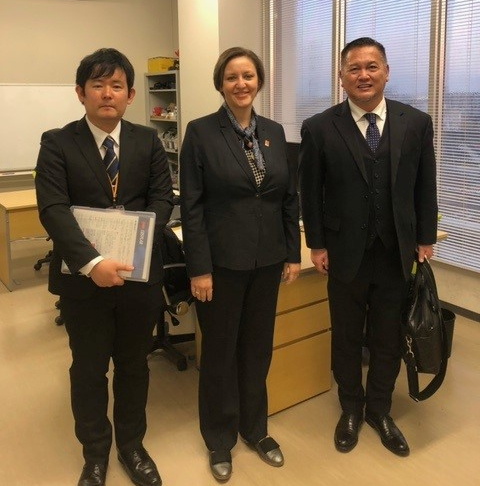 The purpose of the visit was to present and promote Slovenia and Cosylab and discuss the International Linear Collider (ILC) Project with some of the crucial stakeholders.

ILC is a substantial international project planned in Iwate Prefecture, with a total investment of JPY 800 billion (6 billion €). If realized, it will consist of two linear accelerators, approximately 20 kilometres in length, where electrons will collide with positrons nearly 7000 times every second at almost the speed of light. The science discovered there could help answer questions about the Higgs boson, dark matter, dark energy and supersymmetry. Given its planned location, the ILC could also help to revitalize the Tōhoku region, which is still recovering from the 2011 earthquake and tsunami and the nuclear disaster at the Fukushima Daiichi power plant that followed.